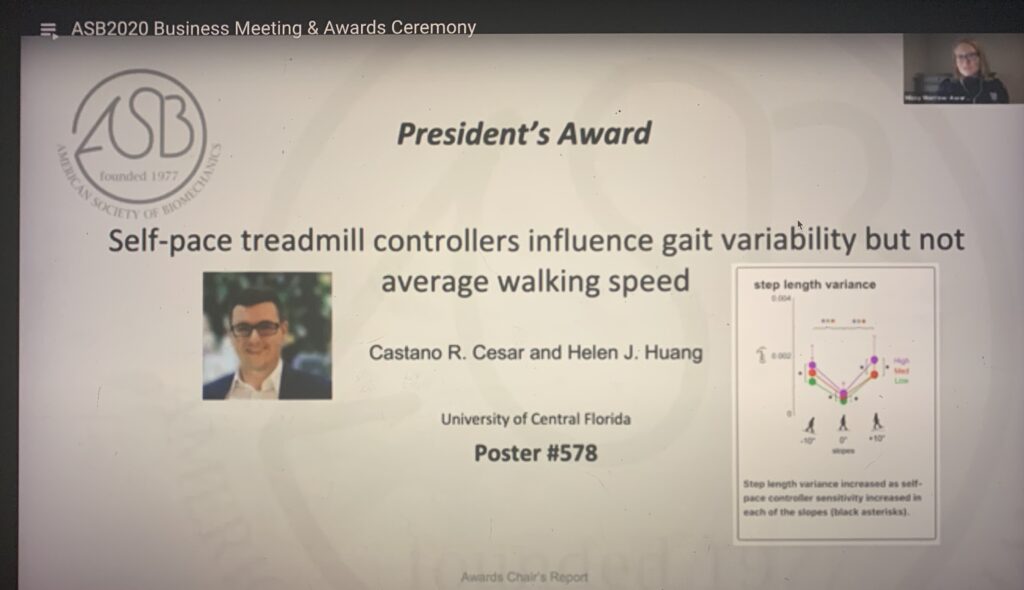 Congratulations to Cesar Castano for receiving the President’s Award for the best poster at the virtual American Society of Biomechanics 2020 Conference! The ASB President selects the winner out of all of the posters, and this year, there were 619 posters. You can view his poster here.

Lietsel Richardson has been helping to promote Black excellence in neuroscience as one of the 23 organizers of the massively successful inaugural #BlackInNeuroWeek, July 27-Aug 2. Lietsel was part of the Black In Neuro committees that planned the #BlackNeuroMentors and #BlackNeuroArt days for Black In Neuro Week. She played a role in inviting speakers, planning meetings, moderating online events, and managing social media campaigns. Lietsel also hosted the Q&A session on #BlackNeuroArt with a PhD student/filmmaker of the award-winning short film, Godspeed.

Black In Neuro Week had over 2,000 registrants and attendees for their events and almost had a complete takeover of Science Twitter for the week with #BlackInNeuro content. Black In Neuro has also received nearly $100k in sponsorships from various scientific institutes and universities and had their story featured in USA Today, Forbes, and Medium. After paying all of their speakers, Black In Neuro had raised enough funding to become an organization and will host more events and programs in the future.

Lietsel’s long-term role with the organization Black In Neuro is as Project Manager. She will track all of their future projects and initiatives for their team as a whole.

We are so proud of Lietsel!! She has the full support and commitment of her fellow BRaINUTs to do our part to promote Black excellence in neuromechanics and all other neuro-related fields. 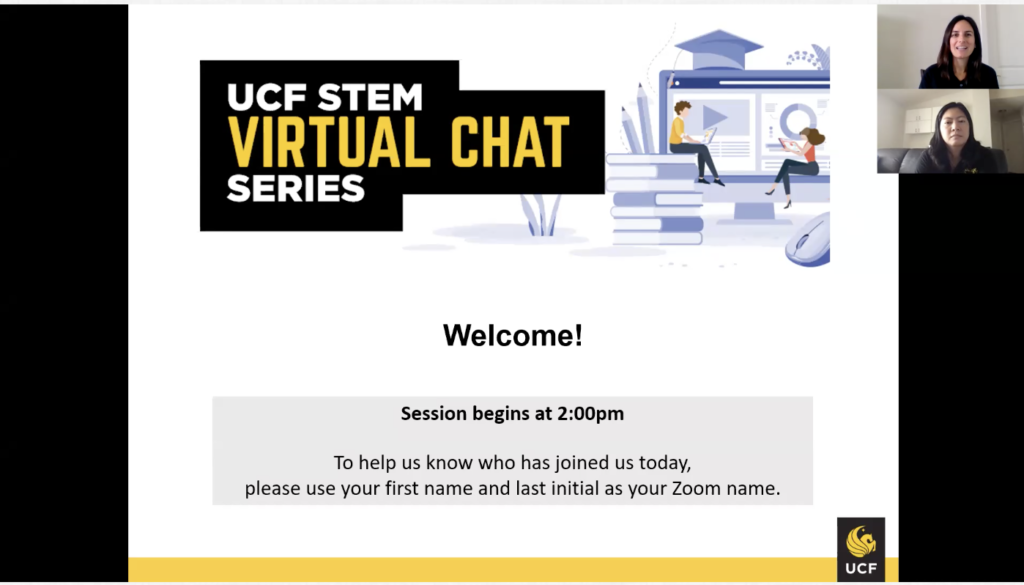 Dr. Huang chatted with some young students as part of the UCF STEM Virtual Chat Series about “Electroencephalography (EEG): A Messy but Alluring Tool to Uncover Brain Processes During Human Locomotion.”  All of the talks are posted here.

We are so proud of Seyed! He has received the UCF College of Engineering and Computer Science Frank Hubbard Scholarships for 2020-2021.

Excited to be one of awardees of @UCFCECS Frank Hubbard Scholarship. 🤩🎉🎊

Frank Hubbard scholarship is especially based on the extracurricular activities and community service. pic.twitter.com/cVFahTAF2n

We are excited that Jasmine Balsalobre will be joining the UCF BRaIN lab team as a PhD student in the fall 2020 on a UCF Office of Research (ORC) Doctoral Fellowship! She’s been a standout student in the UCF Mechanical and Aerospace Engineering Department. She previously studied mosquito biomechanics in Dr. Dickerson’s Fluids and Structures (FaST) Lab. We are thrilled she wants to continue her academic and research career at UCF… with us! Glad human biomechanics won out over mosquito biomechanics.

Congrats to Seyed Yahya Shirazi (@shirazi_en) who defended his PhD dissertation today! He is the 1st Dr. from the @ucfbrainlab, @UCFMAE. I am so proud of him and look forward to following the new exciting EEG connectivity research he will do as a postdoc at NYU! Congrats, Seyed!! pic.twitter.com/JaG7ECLwCZ